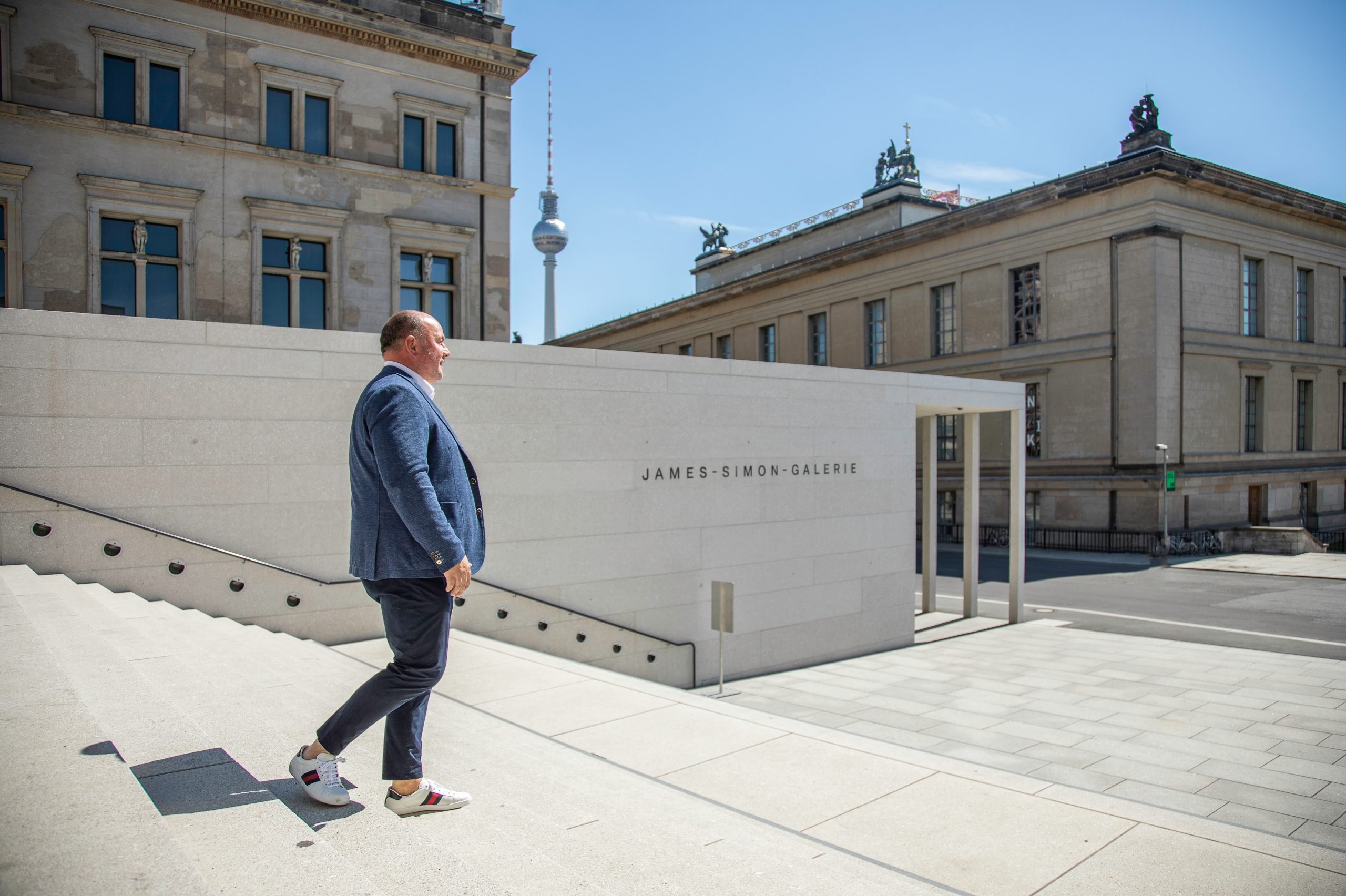 Covered in rubble and tears, the Berlin Palace had been blown up and demolished in 1950 in the aftermath of the Second World War and under the decision of the SED. 63 years later, the German Parliament decided to reconstruct the palace in its original baroque beauty and to continue the restoration of the Historic Center of Berlin. Thus, then, the renovation work took place from 2013 to 2020, during which an alternative concept of use was formulated and realized. The Palace does not only bear its deep roots and stories from the 15th century, but it was also considered a central place for political, social, cultural and urban developments. Today it presents a wide variety of institutions from the fields of art, culture and science.

Based on the original work of the architect and sculptor Andreas Schlüter, the Italian architect Francesco Stella reconstructed the Berlin Palace, merging baroque with contemporary architecture and combining tradition with modernity. The reinterpretation was initially hotly debated in public, but was then put into practice. In addition to the three exterior facades and the dome, the three facades of the Schlüterhof were also built true to the original. The Passage acts as a link between the Lustgarten and Schlossplatz, the Humboldt Terraces appear like an idyllic oasis with 13,000 plants and the roof terrace allows a 360° view over Berlin and its landmarks.

Since 2021, the modern building of the Humboldt Forum has been creating space for exhibitions, collections and events on art and culture that spans eras and continents, with an accent on topics of global relevance. And so the guiding principle of the explorers and discoverers Alexander and Wilhelm von Humboldt is continued, to understand the world as something whole and unified.

Masterplan Museum Island and Schinkelplatz as urban pearl of Berlin

This forum, which is used for museums and culture, is located on the significant Museum Island, which is considered as one of the most important museum complexes in Europe. It is part of the UNESCO World Heritage Site and houses five museums: the Old and New Museums, the Bode and Pergamon Museums and the Old National Gallery. The Humboldt Forum, the Berlin Cathedral and the architectural work of the James Simon Gallery by British architect David Chipperfield complete the Museum Island master plan.

Between „Brandenburger Tor“, the magnificent avenue "Unter den Linden" and the „Staatsoper“, the entire quarter in the originally historic Berlin shines, which attracts tourists from all over the world with a modern touch as a magnet. Because this is where the most modern new buildings and extraordinary residences are located.

„Schinkelplatz", between the „Bauakademie“ and „Friedrichswerder Kirche", consists of numerous carées with opportunities to live and work in a metropolitan, but quiet, exclusive and high-quality setting. It counts as a secret gem of Berlin's urban metropolis. Here architecture is built that often uses monolithic construction methods and clear lines and structures to emphasize the plasticity of the buildings and to tie in with Schinkel's building tradition. The structural reconstruction of Schinkelplatz and its buildings was about a reinterpretation and reversal of historical tradition, accompanied by the goal of designing modern, resilient and resource-oriented structures, thus setting significant trends for the future in architecture and urbanism. In 2005 the assignment for the realization of the Schinkelplatz master plan went to Berlin architect Klaus Theo Brenner, who feels a strong affinity with Milanese modernism. Thus, over the years, the plans and latest architecture were realized and completed with the help of his architectural firm and with the help of Staab Architekten and Steidle Architekten.