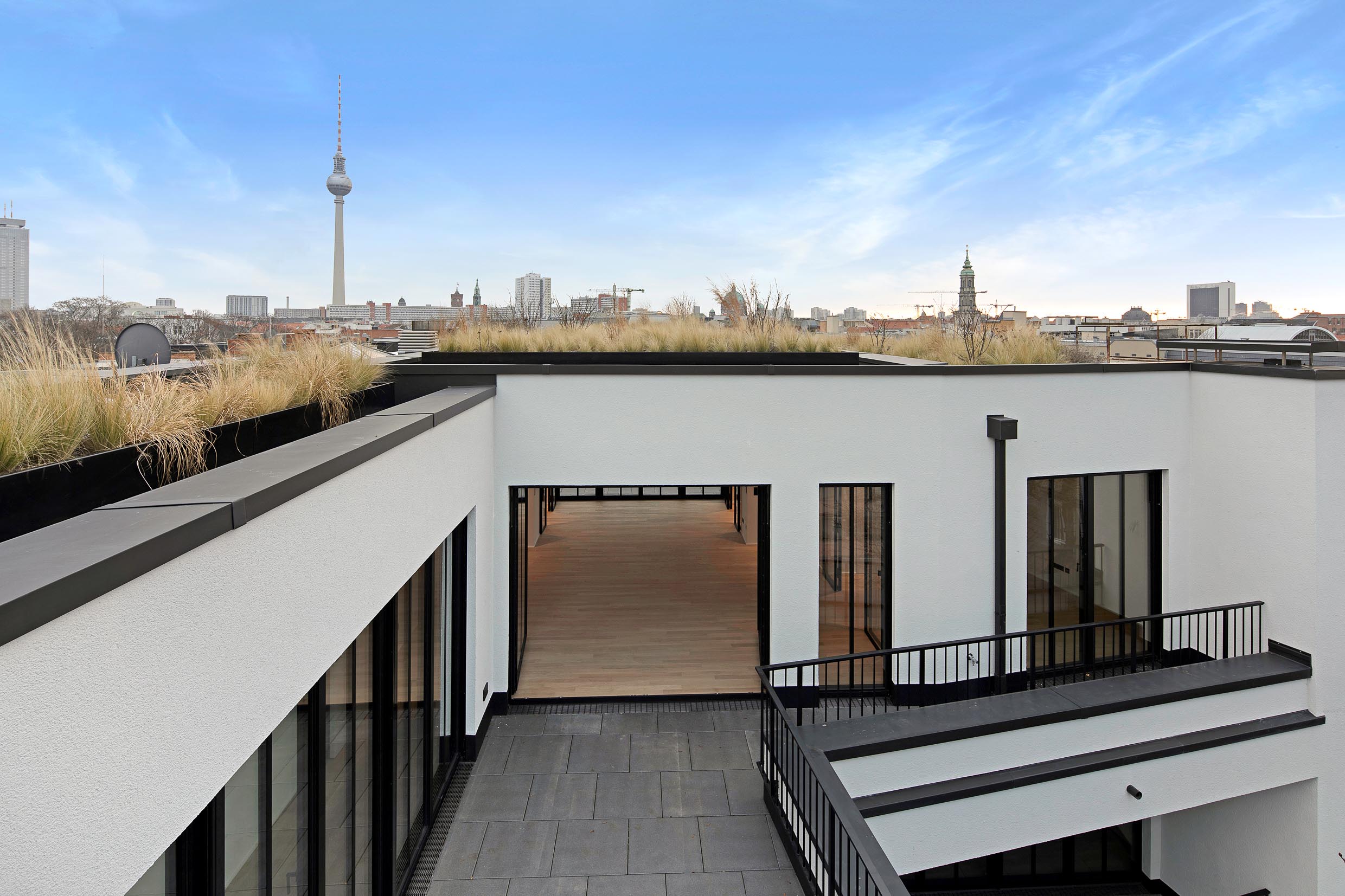 The experiment was a success! At least that's my assessment after visiting one of the most luxurious new building projects in Berlin-Mitte, but back to the beginning of the story.

In the years since the fall of the Berlin Wall, Berlin has had several cycles of the real estate market and after 30 years of reunification of a divided city, it is now finally a real estate market as it should be in a cosmopolitan city. The price screw has turned particularly quickly in recent years and still only knows one direction - up. Trendy districts come and go, but the demand for real estate remains unbroken. Berlin-Mitte in particular was and is in the focus of buyers, often from abroad, but also among well-heeled new Berliners from Germany who are primarily looking for and like the often described Berlin metropolitan lifestyle. Berlin is and remains hip, even if like every other pulsating big city it goes through phases of the oh-so-hip hipster culture. But with almost 4 million inhabitants and the many different influences, it never gets boring.

For a long time, boring was the motto of many new building projects that were implemented in Berlin. The building space was there, as was the demand. With increasing demand, especially from foreign customers, and the increasing prosperity of the Germans, linked to a newly discovered demand for architecture, the need for high-quality, luxurious apartments and penthouses that can withstand international comparison increased.

Ralf Schmitz was one of the first property developers to recognize this demand and to have been serving it for a long time. The family company was and is known for its high-quality construction projects, especially in the Kempen and Düsseldorf area, and expanded into other metropolitan regions, such as Hamburg and Berlin, with the same philosophy. With the same demand for the highest building quality, Ralf Schmitz has become a symbol of absolute luxury living in Berlin and is responsible for the most spectacular luxury new building projects in recent years. The engagement related primarily to the west of Berlin with Dahlem, Grunewald and Charlottenburg. In addition to imposing city villas in prime locations in the green south-west of the city, the company also set milestones, for example with the "Eisenzahnstrasse 1" project in Berlin Charlottenburg. Classicist architecture, paired with first-class craftsmanship, is now shaping a new class of sophisticated living in Berlin not far from Ku'damm.

With the "Linie72" project, Ralf Schmitz ventured into the former east of the city for the first time - the pulsating and hip Berlin-Mitte. Mitte is a melting pot of different cultures and influences. The architecture is also diverse, as it was precisely this part of the city that was hardest hit by Berlin's history. Wilhelminian style meets GDR architecture and the sins of the post-reunification era. An environment can hardly be more exciting.

But it is precisely in such a diverse environment that the modern interpretation of the classic serenity of the architecture of the "Linie72" project enlivens the urban image. The architects SEBASTIAN TREESE ARCHITEKTEN managed, as always skillfully, to span the arc from the architecture of the 1920s to the Berlin of the present. The sophisticated interior with a reduced formal language skilfully adapts to the dynamic surroundings and manages to establish an unexcited, but obviously luxurious house in this exciting neighborhood, despite a few terrible surrounding buildings.

Seven high-quality furnished apartments extend over five floors. In addition to the open-plan apartments, the very spacious duplex ground floor apartment and the penthouse stand out. All apartments inspire with exclusive glass door elements, which offer the possibility of individual separation in the living area, but above all let daylight far into the living room. Narrow frames and floor-to-ceiling glazing appear filigree and noble. The resulting lines of sight open up the rooms and offer a maximum sense of space. The private areas of the bedrooms, on the other hand, are clearly separated from the public areas and offer pleasant privacy. Walk-in dressing rooms in the master bedrooms with direct access to spacious and luxurious bathrooms equipped with natural stone ensure a very high level of living comfort. The finest materials, such as the hand-stained oak floorboards, the narrow steel frames of the interior doors, the natural stone in the stairwell, the various bronzed light elements made only for "Linie72" underline the high quality standards of the client and the future owners and underpin the claim to long-lasting elegance. 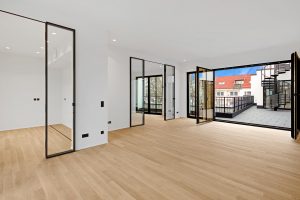 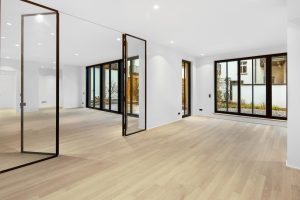 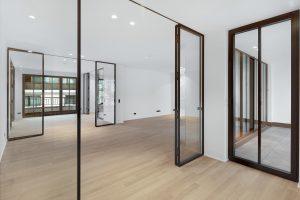 Published by Peter Rabitz in News